Tony Stark is back on the big screen! This next installment in the Marvel superhero films is a fun-filled, exciting adventure with a lot of laughs along the way. The film starts with Stark’s (played again by the brilliant Robert Downey Jr.) narration over images of exploding Iron Man suits. The scene then shifts back in time to a chance encounter between Stark and some interesting characters before the events of Iron Man (2008). Unsurprisingly, these seemingly insignificant characters come back to play a significant role in the film.

Across the board, the acting in Iron Man 3 is really good. RDJ is perfect as Tony Stark, and really displays vulnerability in his character after the traumatic events of The Avengers. I think it’s a great touch by director Shane Black, showing the darker reality behind the comic book violence we have become accustomed to. Guy Pearce is excellent as a slimy villain who can breathe fire (seriously).

Ben Kingsley plays the Mandarin, a villain associated with a surprisingly comedic plot twist. Gwyneth Paltrow (aka the world’s most hated celebrity and the world’s most beautiful woman) is adequate as Pepper Potts but didn’t really surprise me until she fell hundreds of feet into burning wreckage and emerged as a glowing zombie. Ty Simpkins, an experienced child actor (Insidious, The Next Three Days) serves as a great comedic foil to Downey Jr. at a crucial point in the film.

The brilliance of this film is in its reduction of Tony Stark from a superhero to a human being (albeit a rich, brilliant, witty human being). Stark’s vulnerability keeps the audience in suspense and breaks from the normal flow of a typical superhero movie. The bad guys in this film are red-hot zombies who can regenerate lost body parts, rendering them essentially invincible. And by “red-hot” I don’t mean physically attractive, but rather capable of reaching temperatures that can melt iron.

These enemies do seem ridiculously overpowered, but they actually work well within the structure of the plot as a worthy opponent for Iron Man and his variety of suits. The regiment of various suits was a major part of the marketing campaign, but I was surprised by their relative ineffectiveness against the enemies, not to mention their shocking demise.

As many others have pointed out, there are certain parallels between Iron Man 3 and The Dark Knight Rises. That isn’t to say that they are clones, each film has its own unique plot, but the concept of a superhero being reduced to almost nothing is a common thread throughout both films.
director Shane Black created one of my all-time favorite films in Kiss Kiss Bang Bang, and the same characteristic clever banter can be found in Iron Man 3. As with most comedies, some of the jokes don’t work (such as a situation revolving around an odious bathroom) but as a whole, the humor is excellent including a malfunctioning suit, an inquisitive child, and a cowardly thug; all situations which induced hearty laughter from the audience (and myself).

I felt the plot unraveled a bit in the final act, as the action scenes got more intense. I physically cringed at the ludicrous Mandarin terrorist videos as they look like they were created by Quentin Tarantino on speed, but the plot does explain the reasons for these strangely edited videos. My least favorite aspect of the film was the deus ex machina resolution to the dilemma Pepper Potts finds herself in by the end of the film. Notwithstanding, enough correct notes were hit in the final act so as to not completely derail it.

Iron Man 3 is a great superhero film, certainly an improvement from Iron Man 2 and at least on par with the first Iron Man, the film that kicked off the wildly popular Marvel cinematic universe. I rate this film 8/10 stars and highly recommend watching it in the theater.

Wed Mar 27 , 2019
I was initially tempted to dismiss this film as a lame action clone. But after watching the most recent trailer for Guillermo del Toro’s upcoming film Pacific Rim, I have realized that it may be a lame action clone, but it might be one that will be worth watching. The […] 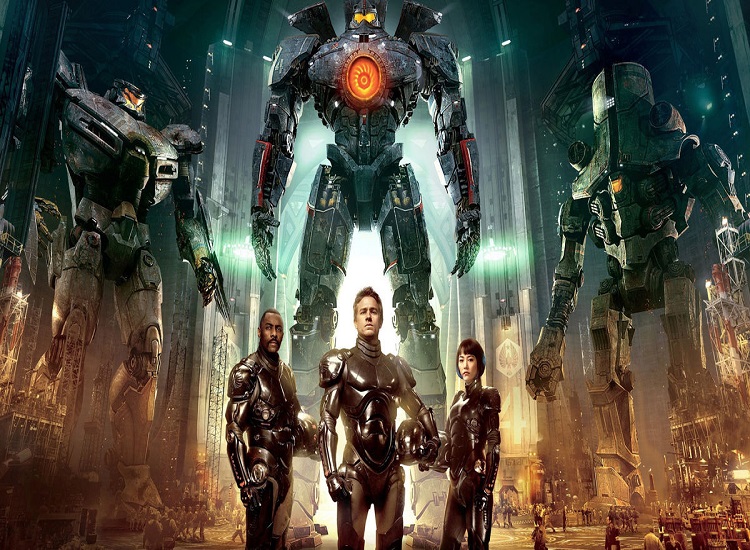