I finally had the chance to sit down and play through the universally acclaimed Bioshock Infinite. It completely blew me away and exceeded my wildest expectations. This game took me on a skyline ride of emotion, displaying dark, gritty themes against a mind-bending sci-fi backdrop.

The protagonist of Bioshock Infinite is Booker DeWitt, a former soldier, and a Pinkerton detective. DeWitt is haunted by his past decisions, such as a gambling debt which compels him to travel to the airborne city of Columbia to find a girl and pay a debt. DeWitt is changed by the experiences throughout this quest and is forced to some truly unexpected conclusions.

Following the themes of the preceding Bioshock games, Infinite’s Columbia is a strange place dominated by a central figurehead, Zachary Hale Comstock. Comstock rules with an iron fist (as well as dozens of Iron Patriots) which leads to a rift between his devoted followers and those who revolt against his authority. The rebels band together in a group known as the Vox Populi under the command of the brutal Daisy Fitzroy. DeWitt must carefully navigate between these warring factions in order to achieve his own ends.

The other central character is Elizabeth, the girl DeWitt must find to “wipe away the debt”. DeWitt finds her early in the game and they travel together, leading to some truly innovative and enjoyable gameplay. Elizabeth functions in a support role to DeWitt, tossing him ammo, health, and other necessary items during battles and unlocking doors.

Elizabeth also has the ability to open “rifts” in the space-time continuum of Columbia, allowing additional objects to be introduced into each situation. These rifts are integral to the central storyline and are involved in many of the game’s pivotal moments.

It’s hard to delve into the plot in great detail in this review without spoiling many of the great moments. Suffice to say, the story is fantastic, and I was very glad I had avoided any spoilers until after my first playthrough. Many of the main plot points would lose their impact if they weren’t a surprise. Before playing this game, I assumed the “Infinite” portion of the title simply referred to the fact that the action takes place in the sky.

This is not the case, as that portion of the title is given a very literal role in the plot…and I don’t really want to say anything else about that. Bioshock Infinite is very rewarding on a second playthrough. Many details become more apparent and certain dialogue is more powerful when understood in light of the information discovered previously. There is also a difficulty mode called “1999 Mode” that is unlocked after the completion of the game. I am currently playing through on this mode, and am really appreciating the challenge.

There are a few faults in this game, several times Elizabeth will toss items through a wall to Booker, but this happens rarely and is hardly noticeable. Bioshock is a graphically demanding game, I dealt with a dip in frame rate from time to time on my old PC with graphics set to medium. There are many unsavory things to be found in Columbia, and high on that list are negative racial and religious stereotypes.

The game does not condone these stereotypes, and I did not have a problem with them as I thought it further reinforced the atmosphere of the strange floating city. Bioshock 1&2 made a staple of creepy, unsettling environments, and Infinite follows in that vein.

There are many little details in this game that really help complete the experience. The sound design is superb, from the voice acting to the sound effects. Many actions (such as an enemy turret locking on to your location) are associated with distinct audio cues to assist the player.

The usual tiresome cutscenes are replaced by a dynamic and interactive environment, with NPC’s freely conversing among themselves and with Booker. I really like this departure from the pedantic cutscenes found in many story-focused games such as Assassin’s Creed III. The downside is that a casual player rushing through the levels might miss some important details, but it’s their loss.

Bioshock Infinite truly sets a high mark for 2013 and all future games. This is a game that all serious gamers should take the opportunity to play. Bioshock Infinite is a definitive statement in the ongoing debate about the artistic nature of video games, standing among a select few as shining examples of true art. I rate this game 10/10.

Tue Mar 26 , 2019
Tony Stark is back on the big screen! This next installment in the Marvel superhero films is a fun-filled, exciting adventure with a lot of laughs along the way. The film starts with Stark’s (played again by the brilliant Robert Downey Jr.) narration over images of exploding Iron Man suits. […] 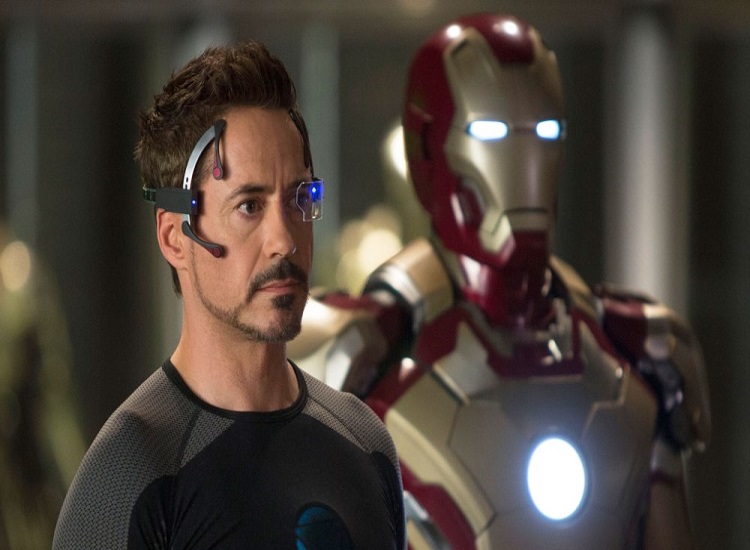